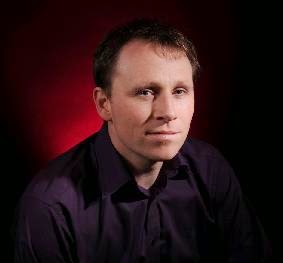 Paul Parsons is a contributor to Nature, New Scientist and the Daily Telegraph. He has appeared on radio and TV and was formerly editor of the award-winning BBC science magazine Focus. His books include the Royal Society Prize nominated The Science of Doctor Who and his most recent title, covering all science: Science 1001.
Why science?
Well, what’s not to like? I’m often baffled when people say science is boring. Obviously I’m biased, as it’s my favourite subject, but science is the way to understand so much of how the world works. From the origin of the Universe to how life itself actually operates – science is our best tool for answering the fundamental questions about nature. And it’s increasingly becoming a part of everyday life. Not only are your TV, car, iPad, and all the other stuff, all ultimately products of scientific research, but medicine, dietary advice, managing your money, and lots of other workaday things, are all kinds of science as well, that ordinary people – that is people who aren’t necessarily professional scientists – can benefit from having an understanding of.
Why this book?
As I said, science affects all of us. So even if you’re not an enthusiast who enjoys reading about scientific discoveries for the sake of it – although there is plenty of that in here – a broad knowledge of what science is about, and what certain scientific words and discoveries all mean is becoming increasingly helpful in life – and, I dare say, in the not-too-distant future may even become essential. And that’s what I’ve tried to furnish people with in Science 1001 – a single reference volume to modern science that’s comprehensive yet concise, and written at a level that pretty much anyone can understand.
What’s next?
There are several other books in the pipeline, one at the editing stage and a couple that I’m close to signing contracts on. Not sure how much I’m allowed to say about those just yet but I can promise you they’re going to be good!
What’s exciting you at the moment?
In terms of science, there’s so much going on I’m not sure where to start. The Large Hadron Collider on the Swiss-French border is soon to get into its stride and promises some incredible insights into subatomic particle physics, which will tell us how matter behaves on the tiniest scales and will play a major part in unpicking the story of the universe during the first moments after the Big Bang. Physicists are hoping the LHC will also finally show up the elusive Higgs boson – a particle of matter that’s thought to have given everything else in the cosmos its mass – and which is the only missing piece of the current ‘standard model’ of particle physics. Then there’s Craig Venter’s research on creating ‘synthetic life’ – lifeforms created in the lab from the ground up, completely new forms of life built from scratch. Which is just incredible. And there’s also a new wave of computing technology just bubbling up – quantum computers, machines that carry out computations in parallel universes and are many, many times faster than any kind of computer we can conceive of today – which could be replacing our desktop PCs in the decades to come. So, plenty to get excited about.
For me personally, the most exciting thing is fatherhood. My first child child was born just over 9 months ago. It’s an amazing and life-changing experience, and of course has got to be the ultimate experiment in applied genetics!