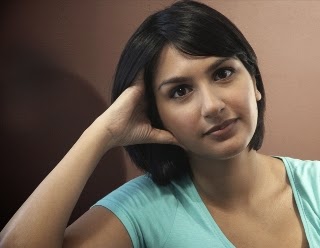 Angela Saini is an award-winning independent journalist based in London, and the author of Geek Nation, a journey through India, to find out whether the country is set to become the world’s next scientific superpower. She has written for New Scientist, Science, Wired and The Economist, and she’s a regular reporter on BBC radio science shows, including Digital Planet. Her first book is Geek Nation.
Why Science?
I’ve always loved reading about big scientific ideas in fields like quantum physics and genetics, but when I think about it, I’m not so much a science-lover as an engineering-lover. I used to build model rockets when I was at school, I’ve always been a bit of a tinkerer (I do all the DIY at home!), and of course I studied Engineering at university. I like to see science applied in the real world, in architecture, electronics and other inventions, and observing the kind of repercussions these things have on our lives.
Why this book?
Since I’m a (British) Indian geek myself and I’ve lived in India twice, in hindsight it feels inevitable that I would end up writing something like Geek Nation. The book stemmed from a trip I made to Mumbai in 2009 while I was writing a piece about lie detectors for Wired UK magazine. It seemed to me as though the country had turned a scientific corner since the last time I was there, in 2004. There was so much exciting research happening, the government was making a huge commitment to ramp up science spending, and the tech boom was finally giving way to real innovations.
What’s next?
I’m going to the United States in March to give a talk at Google about Geek Nation, and then in April I’m doing a mega five-city book tour of India, courtesy of my Indian publishers, Hachette. I’m keen to find out what actual Indian geeks think about the book! But in the longer-term I’m looking forward to discovering whether India really does live up to its scientific promise.
What’s exciting you at the moment?
Just recently I was introduced to the wonderful sounds of the Intercontinental Music Lab, a collective of musicians based all over the world, who use science as their inspiration. To my delight they’ve kindly agreed to let me use their song, Dr Robotnik, as the soundtrack to Geek Nation. So readers in India will soon be seeing a trailer in bookshops with this awesome tune!
Photo by Blue Turtle Photography, reproduced with permission of copyright holder