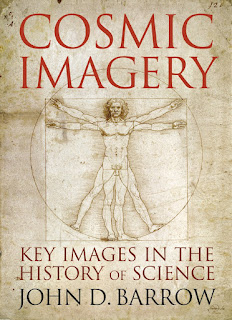 This lavishly illustrated book is a must-have, not just for the beautiful pictures within it, but for Barrow’s spectacular commentary on the significance of the diagrams, images, and illustrations it contains, and how they have helped to shape science and mathematics over the centuries.
As you may expect there are many pictures in the book from the field of astronomy, which have given us significant insights in to how our Universe works – such as the Hubble Deep Field image of some of the earliest known galaxies. But what is slightly less obvious is the link that Barrow makes between the Earl of Rosse’s famous drawings of the Whirlpool Galaxy, which he made with the famous Leviathan telescope, and the way these drawings probably inspired the swirling night sky in Van Gogh’s ‘Starry Night’. This is where Barrow succeeds in making this an engrossing read in drawing out the boarder significance of the scientific discoveries he looks at.
The book is a mixture of the things you may well expect in a title of this sort; Crick and Watson’s first sketch of the structure of DNA, the Hertzsprung-Russell diagram of stellar evolution, Hooke’s drawing of a flea as seen under his microscope, etc. and the unexpected – a picture showing quantum entanglement, the first ever graph, the symbol for infinity and its religious connotations.
This is an extremely well written work. Barrow’s writing adds tremendously to the amazing images within the book making it eminently readable for expert and layman alike. I would say it is arguable that this is one of the best popular science books ever written.