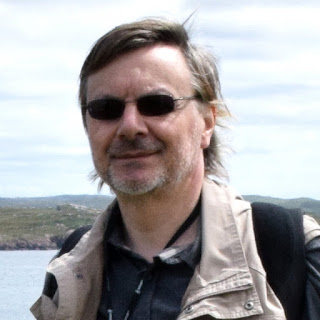 Andrew May obtained his PhD in astrophysics from the University of Manchester in 1982. After a 30-year career spanning academia, the civil service and private industry he now works as a freelance writer and science consultant. He has written on subjects as diverse as the physical sciences, military technology, British history and the paranormal. His recent books include pocket-sized biographies of Newton and Einstein and an eye-opening study of the relationship between pseudoscience and science fiction. He lives in Somerset and his latest title is Destination Mars.

I hate getting into arguments. If you write about art or literature or history or politics, then it's all a matter of opinion and some people are going to disagree strongly with anything you say. You're never going to see eye to eye with them, so you wind up in endless, fruitless arguments. Of course you can have disagreements about science, too - you can make mistakes, or readers might get the wrong end of the stick. But ultimately there's a real, objective truth underlying most science topics - it's not just personal opinion - and that's the great attraction for me.

The focus of this new series from Icon Books, Hot Science, is on 'trending' science topics - things that everyone's heard about from the news headlines, but perhaps don't understand in any depth because it's not the sort of science that's taught in school. That whole concept appeals to me - and my particular contribution, Destination Mars, happens to be one specific area that I'm reasonably well qualified to write about.

After Mars - the Moon! That may sound like a backward step, but for anyone who's invested in a small telescope, Mars will have been a terrible disappointment. You can't have much fun looking at a tiny, featureless orange dot. The Moon is completely different - you can spend hours exploring the seas and craters and mountains, seeing where various manned and unmanned spacecraft landed, where classic science fiction novels were set, and where astronomers in the past thought they spotted evidence of life and other anomalies. That's the idea behind my next book - The Telescopic Tourist's Guide to the Moon, to be published by Springer later this year.

What's exciting you at the moment?

As far as human spaceflight is concerned, I'm much more excited by the things private companies - SpaceX in particular - are getting up to than anything NASA is planning these days. Unlike many people, though, I find unmanned space exploration exciting too - and that's where NASA comes into its own. Not just Mars, but the moons of Jupiter and Saturn as well. Places like Europa and Titan are as exciting as science gets - I wouldn't put money on life NOT being found there in the not-too-distant future!