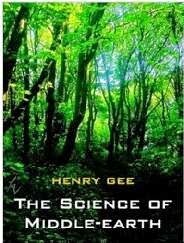 When I saw this book (subtitled “Explaining The Science Behind The Greatest Fantasy Epic Ever Told!” in the original US edition), I thought it was time to put my foot down. Okay, Douglas Adams’ delirious fantasy, The Hitchhiker’s Guide to the Galaxy was largely a science fiction parody, so Science of Hitchhiker’s made sense. Even Science of Discworld works, thanks to the conceit of treating it as the view of fantasy characters of Discworld observing our science. But Science of Middle Earth? Isn’t it all swords and sorcery? What’s more, Tolkien was famously a romantic who longed for a non-existent bucolic rural past, typified by the hobbits’ Shire (while conveniently forgetting the rampant disease, infant mortality and frequent malnutrition, that were just some of the joys of the real rural past). Didn’t Tolkien attack the whole idea of science and technology as the black vision of the likes of his number II baddy, Saruman?
Henry Gee, a senior editor of the definitive science journal Nature in his day job, makes a striking case for taking a different viewpoint. He reminds us firstly that Tolkien’s own speciality, the study of words and language, a subject that is at the heart of The Lord of the Rings and his other heavy duty fiction, is a science. He also makes it clear that Tolkien wasn’t anti-science per se (apparently Isaac Asimov was a favourite of his). What he was against was the wrong attitude to science – letting it control us, rather than the other way around. In fact, Gee argues persuasively that, for instance, the Elves in LoTR don’t use magic (they say this themselves), but technology that is so in tune with nature that it’s hard to distinguish from it.
All in all this makes for a fascinating and very unusual entry in the “Science of…” league. Firstly it’s a very literary and precise book for such a subject. There’s as much about language as there is about “normal” science, and Gee’s approach has a scholarly care that may seem a little dry to the followers of more straight forward popular science, but that works surprisingly well. After the aspects of language, a lot of space is given to the biology of Middle Earth – where did orcs come from? What is the biology of ents? – all fascinating stuff.
There is one iffy bit of science. Gee suggests that the palantiri, the long distance seeing stones that feature in the book, could be linked by quantum entanglement, allowing instant communication. The trouble is, while quantum entanglement does provide an instant link across any distance, it can only provide the result of a random outcome – it can’t instantly communicate any information [1]. (It’s just as well: if it could, it would be possible to send a message through time and disrupt causality.) It’s fine to come up with real world scientific solutions to oddities of fiction, but they ought to make sense with science as we know it.
Just occasionally, for instance when Gee was struggling to explain how the One Ring could make people invisible I wanted to shout “What’s the point? It’s just a story!” But that’s not the main reaction to this book. Any Tolkien fan will find fascinating insights into the man and a side of his interests that is wildly underrepresented in what has been written about him. And as an exercise in “Science of…” attached to a work of fiction it’s one of the best around [2].
[1] In the ebook edition this problem is highlighted and explored, but only in a note at the back of the book, which still leaves the error in the main text.
[2] The Science of Middle Earth is even better in the ebook edition [3] (would Tolkien have approved?), which has been updated from the original, though most of the updates seem to be in the end notes. So, for instance, where in the main text Gee refers to the difficulties of juggling various e-devices that don’t communicate (like PDAs – remember PDAs?), he updates this in the notes.
[3] If possible, go for the ebook edition.

March 30, 2017
Marcus Chown is one of the UK's best writers on physics and astronomy - it's excellent to see him back on what he does best. Here we discover our gradual approach to understanding the nature of gravity - the 'ascent' of the title - which, though perhaps slightly overblown in the words 'the force that explains everything' (quantum physics does quite a lot too, for example), certainly makes us aware of the importance of this weakest of fundamental forces. Chown's approach to gravity is a game of three halves, as they say, broadly covering Newton, Einstein and where we go from general relativity.
As far as the first two sections go, with the exception of the 2015 gravitational waves detection, there's not much that's actually new - if you want a popular science exploration of these aspects of the topic with more depth see this reviewer's Gravity - but no one has covered the topic with such a light touch and joie de vivre as Chown.
Although Chown doe…
Post a Comment
Read more