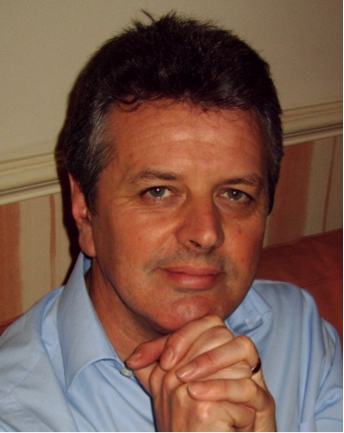 Jim Baggott is a freelance science writer. He trained as a scientist, completing a doctorate in physical chemistry at Oxford in the early 80s, before embarking on post-doctoral research studies at Oxford and at Stanford University in California. He gave up a tenured lectureship at the University of Reading after five years in order to gain experience in the commercial world. He worked for Shell International Petroleum for 11 years before leaving to establish his own business consultancy and training practice. He writes about science, science history and philosophy in what spare time he can find. His books include Beyond Measure: Modern Physics, Philosophy and the Meaning of Quantum Theory (2003), A Beginners Guide to Reality (2005), Atomic: The First War of Physics and the Secret History of the Atom Bomb (2009), The Quantum Story: A History in 40 Moments (2011) and, most recently, Higgs: The Invention and Discovery of the ‘God Particle’ (2012).
Why science?
I guess I’ve always had an innate, child-like curiosity about the nature of physical reality – matter, force, space, time and the universe. I was influenced in the direction of science by some truly great schoolteachers, and I became a chemist, for the simple reason that my competence in maths wasn’t strong enough for me to contemplate a career as a physicist. That said, my desire to seek explanations for things led me to physical chemistry (or even ‘chemical physics’) and it was with a great sense of pride and pleasure that I did manage to publish some entirely theoretical research papers, full of mathematical equations!
I left academia carrying a very strong desire to maintain my interests in science and, with the conspicuous help of a one-time features editor at New Scientist magazine, I learned a bit about writing popular science. I write principally to learn about a subject that interests me, a process that has been made considerably easier in the last 15 years by the emergence and development of resources on the web.
Why this book?
The idea for this book came to me in the summer of 2010 as I was putting the finishing touches to the manuscript of The Quantum Story. That book sets out a history of quantum physics, told through 40 crucial ‘moments’ or turning-points both in theory and experiment. In March 2010, the Large Hadron Collider at CERN achieved record proton-proton collision energies of seven trillion electron-volts and I figured that if the Higgs boson really did exist (and there were going to be all kinds of trouble if it didn’t), then there was a very good chance that it would be discovered soon. I approached Oxford University Press with a proposal to write a book tracing the history of the so-called standard model of particle physics, placing the ‘invention’ of the Higgs field and the Higgs boson in its proper context, right up to the most recent developments at CERN. The idea was to have the book typeset and ready to go. I continued to update the final chapter through 2011 and early 2012, leaving 1500 words or so to describe the discovery itself. I followed the 4 July announcement live via a CERN webcast, and drafted the final words describing the discovery of ‘something that looks very much like the Higgs boson’ the following day. This was how we were able to publish Higgs so soon after the discovery announcement.
What’s next?
I’ve already submitted the manuscript of my next book, called Farewell to Reality: How Fairy-tale Physics Betrays the Search for Scientific Truth. This will be published in the UK early next year by Constable & Robinson. The book was born out of a growing sense of frustration with the way that a lot of unproven (and arguably unprovable) contemporary theoretical physics is paraded as accepted science in the popular science literature. Farewell to Reality attempts to set the record straight. It provides a hopefully accessible summary of what I call the ‘authorised’ version of reality – quantum theory, the standard model of particle physics, the special and general theories of relativity and the standard model of big bang cosmology – and explains why this version can’t be right or, at least, why it can’t be the whole story. Attempts to fix the problems with this version of reality have given us supersymmetry, superstring/M-theory, various flavours of multiverse theory and the anthropic cosmological principle.
I give reasons why I think that much of this theory should be regarded as metaphysics rather than science. As Einstein once said: ‘Time and again the passion for understanding has led to the illusion that man is able to comprehend the objective world rationally by pure thought without any empirical foundations – in short, by metaphysics.’ The book will be controversial, and I’m really looking forward to its reception.
What’s exciting you at the moment?
We’re still far from the end of the story about the Higgs boson. The evidence gathered by the two detector collaborations at the LHC – ATLAS and CMS – point very clearly to the existence of a new particle with many of the characteristics expected of ‘the’ Higgs boson as demanded by the current standard model. But further data are needed to be sure, and surprises are not impossible. I’m continuing to follow developments as best I can.
In the meantime, I’m mulling over potential topics for my next writing project. I’m intrigued by the possibility of going back to a short period in cold war history leading up to the decision to build the hydrogen bomb. In the United States, cold war nuclear strategy was framed by aspects of game theory. I’m thinking it might be interesting to personalize the different strategies in a prisoner’s dilemma type game using Einstein, Oppenheimer and von Neumann, all of whom were together at the Institute for Advanced Study in Princeton in this period. I’d like to explore these strategies through a sequence of imagined conversations between these three extraordinary intellects. What excites me is the challenge to get this right and make it compelling reading.