November 21, 2010
In researching his book on bio-inspiration, The Gecko’s Foot, Peter Forbes made a discovery of his own – his idea has now born fruit, but not quite in the way he’d hoped: 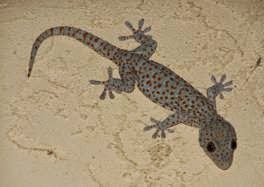 I am not a scientist or inventor but a writer. For the last seven years I’ve been researching the new science of bio-inspiration – engineering solutions derived from nature’s own mechanisms, The Gecko’s Foot (Fourth Estate). Bio-inspiration, or biomimetics as it is often called, is a new multidisciplinary science – to get results biologists have to talk to chemists, have to talk to physicists, have to talk to engineers, and so on. An armchair researcher such as myself gets a very broad view of many subjects. You might even make a discovery or two. I did.
and the results have just been published in