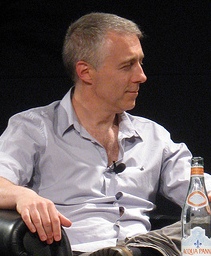 Marcus Chown has recently published Afterglow of Creation, a radical update of a book he wrote in the 1990s about the relic heat of the big bang fireball, which incredibly still permeates the Universe 13.7 billion years after the event.
Why science?
It blows my mind. I’m constantly amazed by how much stranger it is than anything we could have made up.
Why this book?
It was my first popular science book and all sorts of wonderful thing happened when it was first published. It was runner-up for the Science Book Prize and the magazine Focus bought about 200,000 copies to give away to its readers as a subscription promotion. The book is about the heat afterglow of the big bang fireball, which, incredibly, still permeates all of space 13.7 billion years after the event, accounting for 99.9 per cent of all the photons in the Universe. For the book, I drove around America, talking to all the people who had been involved in the discovery. Many of them are now dead so the book, I think, is a unique account of a key chapter in the history of science. Why update it? Well, since it was first published, our knowledge of the Universe has been revolutionised by the discovery of the mysterious “dark energy”, the major mass component of the Universe, and by the findings of NASA’s Wilkinson Microwave Anisotropy probe, whose space-based observations of the afterglow of creation are the source of all of our super-precise statements such as “The Universe is 13.7 billion years old”. I am so pleased to see the book out again. I especially like the Faber “retro” cover. And, on the 10th anniversary of his death, I got to write a Foreword about my dad, who had a quite ridiculous amount of faith in me, once insisting I should have won a particular book prize even though I had not entered a book for the prize – in fact, hadn’t even written a book that year! The Foreword meant a lot to me so I was very pleased when Scott Pack, former chief buyer of Waterstone’s said of the book: ‘The wonderful intro alone is worth the cover price. Witty and accessible science.’
What’s next?
The paperback of my book, We Need to Talk About Kelvin: What everyday things tell us about the Universe will be out in September 2010. I am currently writing a sequel to my children’s story, Felicity Frobisher and the Three-Headed Aldebaran Dust Devil, which I enjoyed writing more than anything else I have written, possibly because it was totally silly. My publisher is wanting me to write a new non-fiction book. I can’t say more about it, not because there’s any mystery but because I haven’t yet figured out how to do it!
What’s exciting you at the moment?
The thought that there is some very big idea missing in physics. I mean, we currently have no idea what 96% of the mass of the universe is. What’s more, the main component – the dark energy – has an energy which is 1 followed by 120 zeroes smaller than our best theory of physics predicts. This is the biggest discrepancy between a prediction and an observation in the history of science. I can’t help thinking that all accepted ideas about our universe and our place in it are on the brink of being blown out of the water.