How to be a good publicist - Brian Clegg - Feature 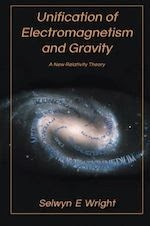 Here at popularscience.co.uk we get offered a lot of books for review, and often we turn them down. This should have been a review of one we said ‘Yes’ to – a book called Unification of Electromagnetism and Gravity by Selwyn Wright. Unfortunately, the book does not fit our criteria.

There are three key essentials we insist on, and this went wrong on every count. So here’s the quick guide to how to be a good publicist from our viewpoint.
1) We don’t usually review self-published books, particularly ones with new theories, unless they are by someone with appropriate qualifications. Don’t bend the truth. Clearly for a book on this topic we need a well-qualified physicist, and the press release describes Dr Wright as a ‘physicist’ and a ‘retired Stanford and NASA physicist.’ (Elsewhere I have seen him described as a ‘former professor of physics at Huddersfield University’.) But as far as I can see – I’m happy to be proved wrong – Dr Wright’s doctorate was in engineering, and his work has largely been in acoustic engineering.
Don’t get me wrong, I have nothing against engineers – they do a brilliant job, and to be an academic engineer needs a high level of expertise. But engineering is not physics, and being an acoustic engineer doesn’t make you an expert in relativity. The point here is that popularscience.co.uk is in no position to judge the quality of a book describing a new theory (we don’t claim to be experts in anything, apart from what makes a good popular science book!) – so it’s a reasonable assumption as a minimum that a book we review should be written by someone with appropriate qualifications, and that inappropriate claims are not made.
2) We only review books for the general reader. So publicist, have you read and understood the book? The press release is titled ‘A theory of relativity for the lay person’, but almost from page 1 it was clear this was not the case. The arguments are not put in terms you can understand without a reasonable training in maths and physics. Would you honestly expect a general reader to cope with a page like this: 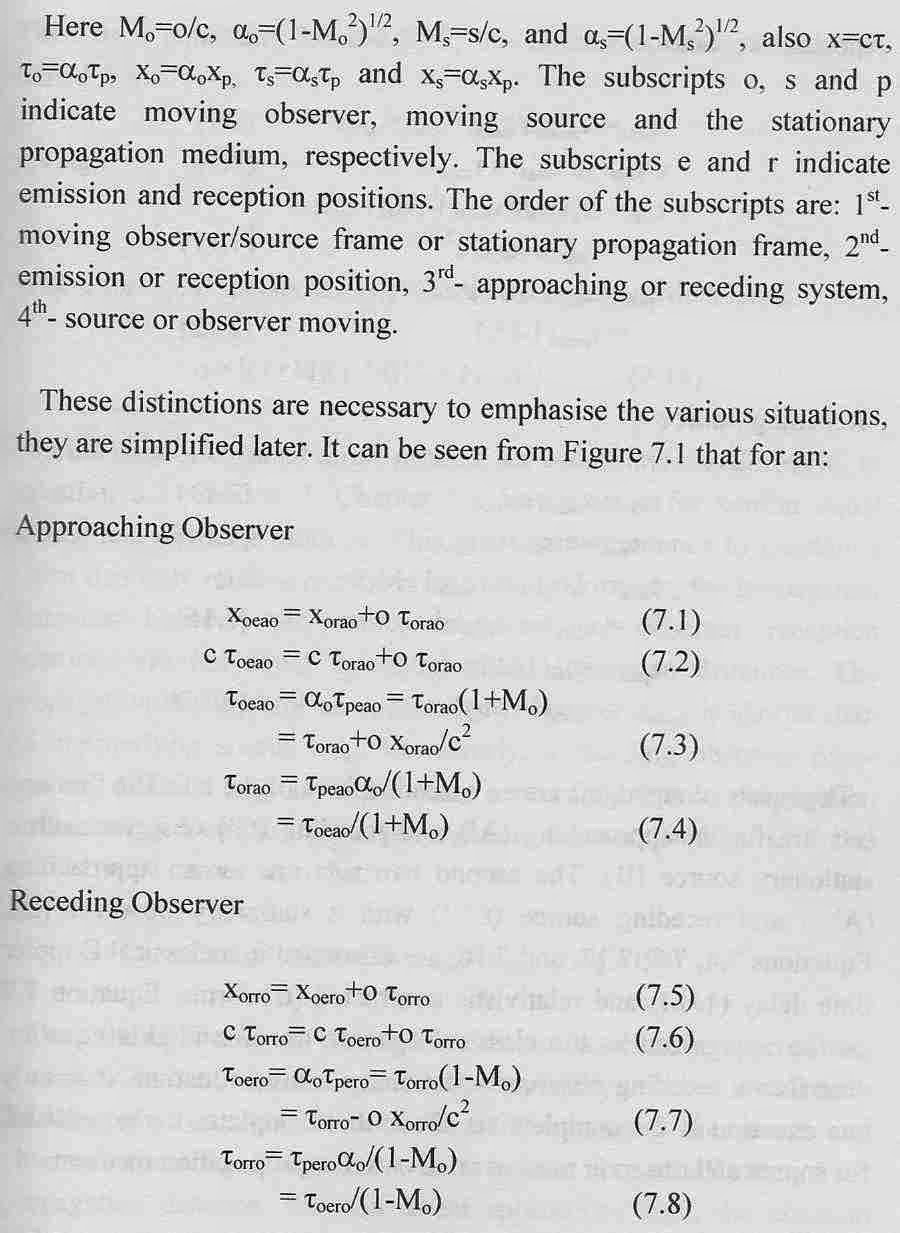 … and there are many such pages. If the publicist really thinks this is for the lay person, my suspicion is that he hasn’t read it.
3) Don’t claim that new theory ‘disproves’ another theory (especially one by Einstein). This is one we see so often. The press release tells us that Dr Wright has ‘finally showed that Einstein’s ether-less aspect of relativity is in error.’ The problem is you can’t disprove a theory with another theory – only experimental evidence can do this. You can come up with an alternative theory that can be put alongside an existing one, see which best matches the evidence and use the one that gets a scientific consensus as the current best theory – but you can’t say ‘my theory proves yours is wrong.’
I assumed that this was a result of the publicist not understanding science, but I’m not entirely sure having read the start of the book. We hear repeatedly phrases along the line of ‘There is a fundamental requirement, confirmed by measurement, that all waves need a propagation medium to propagate.’ Variants of this are repeated again and again, page after page – which doesn’t make for great reading, but I also have problems with this in terms of the scientific method. (I ought to stress once more that I am not qualified to comment on the detail of Dr Wright’s theory, merely the approach taken here.)
What we seem to have  is a problem of semantics. It’s a truism that if you define a wave as an oscillation in a medium, there has to be a medium. And this is the case with the sound waves with which Dr Wright has much expertise. But you can’t assume, just because something is called ‘a wave’ that it is also an oscillation in a medium, as these repeated statements appear to do. You, could, for instance, mean ‘a particle that has a property called phase that varies with time, resulting in wave-like behaviour’. And that would not require a medium. An electron, for example, is such a particle, but it certainly doesn’t require a medium.
Elsewhere, Dr Wright criticises special relativity because in the case of two spaceships ‘According to Einstein’s relativity, either ship could be considered moving and the other stationary. Either set of astronauts could be considered to age less than those on the other ship. Amazingly, against all logic, both situations were considered possible, even at the same time, which is physically impossible (non causal) in the real world.’ Again, the attempt is to disprove a theory not by appeal to experiment, but to common sense. But science doesn’t work like that. You only have to consider a very simple light clock experiment to realise that the viewpoint he describes as ‘physically impossible’ is what actually happens – no longer impossible because both clocks are seen from different frames of reference.
The fact is that relativity is well supported by experimental evidence. There is also good evidence that light is not a conventional wave – since the start of the 20th century there have been many observations and measurements that light can act as a particle. Quantum theory means that we can consider light as being like a wave, a particle or a fluctuation in a quantum field. All these are models that are used to produce results – but there is no suggestion that light is a wave in the same sense that sound is. There is a huge amount of experimental evidence that this is the case. Yet I didn’t spot any reference to quantum theory here.
So, unfortunately, this book failed on all three criteria. The author didn’t have the right credentials to be giving us a new theory, the book isn’t suitable for the general reader, and the author is not presenting well-documented experimental evidence to disprove a theory in any consistent way. Sorry, folks, that’s not how we do business.