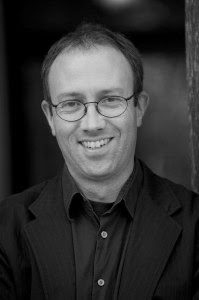 Caleb Scharf is Director of Astrobiology at Columbia University in New York. He is the winner of the 2011 Chambliss Astronomical Writing Award from the American Astronomical Society, and the Guardian has cited his Life, Unbounded blog at Scientific American as one of the “hottest science blogs,”. His extensive research career has covered cosmology, high-energy astrophysics, and exoplanetary science, and he currently leads efforts to understand the nature of exoplanets and the environments suitable for life in the universe. He has also served as consultant for New Scientist, Discovery Channel, the Science Channel, National Geographic, The New York Times, The Wall Street Journal and others. His book Gravity’s Engines explores the influence of black holes on the universe.
Why science?
So many evolving reasons. Curiosity, obsessiveness, and a love of stories. The more science I work on the more I see it through the lens of storytelling, and it’s hard to do better than the story of our universe. I can appreciate simplicity and elegance, but as I get older I appreciate more and more the multi-textured, layered, chaotic, and unbelievably interwoven nature of reality. It really is just amazing.
I like the perspective gained from science. It appeals to my core sense of humour that we’re these microscopic specks of cosmic filth assembled into thinking objects, and we’re gawping at the immensity of it all, and actually managing to make a small amount of sense out of it. That’s incredible, and for me is a fundamental part of our humanity.
Why this book?
Black holes are one of the craziest and most unexpected stories in science. I wanted to cut through the haze of misty eyed rumination about their exotic physics and explain just how real and important they actually are. Every week we’re hearing about new black hole discoveries – and these tell us that super-sized versions inhabit most galaxies and have been co-joined with the nature of galaxies and stars for the past 13 billion years. Because matter falling into holes can generate colossal amounts of energy – easily more than nuclear fusion, it can profoundly influence the cosmic environment. Instead of being off-limits and hidden away, these gateways to quantum gravity help make the universe what it is today.
What’s next?
I’m working on a book called The Copernicus Complex, that comes out in 2014. I’m really excited about this. It’s all about the quest for our cosmic significance, or perhaps insignificance! Like most of my writing it drills down deep into the science, but is also about telling a great tale. I also think that there are a number of original and intriguing ideas in the book, stemming from the latest research in microbiology, exoplanets, cosmology, and even statistical inference. Hopefully it will get people talking!
What’s exciting you at the moment?
I’m always going to say the abundance of exoplanets and the search for life in the universe, but I’m also agog at what’s happening with lab-bench science right now. Incredible things are taking place in optics, quantum physics, and microbiology. I feel that we may be on the verge of a genuine shift in our understanding of the fundamentals of the microscopic world, and I can’t help but wonder how that will lead to new ways to probe the cosmos.