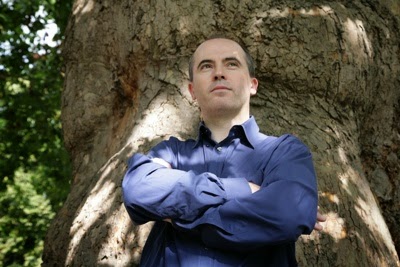 Mick O’Hare is the editor of numerous popular science books taken from his column The Last Word, found inside New Scientist magazine. He is also production editor at the publication. His degree was in geology but he retains a healthy disregard for rocks. He I as as passionate about science as he is about rugby league, malt whisky and Formula 1, which is saying something. His latest title is Will We Ever Speak Dolphin?
Why science?
Because it’s the story of the rational. It can, ultimately, explain everything, although what constitutes everything and its limits are constantly shifting. Nonetheless it’s the only process we possess that can give us answers to our questions based on evidence rather than irrationality. And as such it should be embraced by every free-thinking person. It can also tell us why snot is green and what earwax is for. Which keeps me in work.
Why this book?
We just can’t stop. All the previous books in the series have proved popular and there was a clamour for more. And, without wanting to offer a gratuitous plug, we’ve figured out what makes a great question and what brings in the best responses. So in my opinion the books get better and better. Last of all, I also got free reign this time to include a chapter on two of my favourite things: James Bond and martinis, although I have to admit I prefer mine with gin, not vodka.
What’s next?
Other than handling the press calls when the book comes out, it’s back to the coal face. New Scientist is a weekly magazine and there’s always something to do. And I fancy expanding the chapter I mentioned on martinis into a book on the entire science of cocktails.
What’s exciting you at the moment?
What should be exciting me is watching governments make decisions based on scientific evidence rather than gut feeling and off-the-cuff thinking. But in the inevitable absence of that I guess it’s figuring out how Weetabix sticks to the bowl, how they might get the gold out of the back of the coach at the end of the Italian Job, and – most of all – next year’s Rugby League World Cup to be held in Britain.