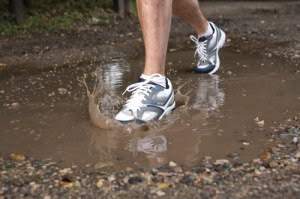 Anyone who knows me will be aware that I am as enamoured with sport as the next geek, which is to say not at all. I have attended one football match, just to see what it’s like, and I have no intention of going again. The Olympics will pass me by as an irritating disruption of the TV schedule and an even more irritating financial burden on the country. Yet the subject of using technology to enhance sporting prowess is one that interests me immensely, because like my book Upgrade Me it is all about using human inventiveness to go beyond the built-in capabilities of the body.
In Upgrade Me I identify five primary ways we have used technology to produce a kind of artificial evolution. They are in lengthening our lifespan, making ourselves more attractive to other members of our species, increasing physical capabilities, enhancing the brain and making physical repairs to the body. While there are some inputs science and technology for sport have made to this last category, it’s in increasing physical capabilities that most work has been done.
There is a constant battle in sport that goes on between those who develop technologies and the governing bodies. Someone comes up with a way to enhance sporting ability and the governing body bans it for giving an unfair advantage. (Strangely this happens most often in Formula 1, a sport that is inherently about technology.) This battle between the rules and new ideas seems totally arbitrary, and needs a major rethink in approach.
Take nanotechnology, something that has played an increasing role in sport. A simple example was the introduction of Lycra. This artificial fibre which has interesting properties at the nano-level that give it unusual stretchiness, was introduced in the 1950s as a replacement for rubber in corsetry. But it really took off when the French Olympic ski team used Lycra to give sleekness to their ski suits in the 1968 Olympics, and became an absolute essential for swimmers from the 1972 Olympics on, spreading to many other sports. 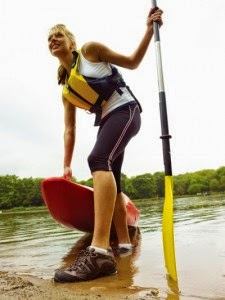 This doesn’t seem to have offended the powers that be. Nor does the use of a nano-technology liquid repellent coating like that created by UK Sport and P2i for use in cycling and sailing. By repelling liquids, the nano-coating prevents sporting equipment from taking on extra weight from absorbed liquids. Yet at the same time, Speedo’s LZR Racer bodysuit, which helped produce 168 world records with a combination of water repellent nano particles and special panels to trap air, was banned by the international swimming association Fina for giving competitors unfair advantage until it was totally redesigned.
This kind of inconsistency highlights the strange bias of sporting achievement. The way we undertake competitive sport is not designed to show how well an individual pushes themselves against their basic capabilities, how hard they have worked, what a star they are – instead our sporting ability traditionally largely depends on genetic input. It wouldn’t matter how much effort I put into making myself a runner, I would never be able to compete effectively at county level, let alone in national or international competitions. It’s the luck of the draw. I’m not a runner, and I never will be.
If we really wanted a “fair” race, everyone would be handicapped according to their natural ability, and only what they achieve through extra effort would be rewarded – but of course that’s never going to happen. What sports bodies who ban a technology are saying is that it is okay to have an athlete’s ability decided by random factors, but not by planned effort on their part. This surely isn’t right: it’s the effort, the creativity that we should celebrate. Rather than worry about the technologies, it would be better to find some method of handicapping to natural ability and make sure the technology is available to all.
Of course there will always be limits. There will remain concerns about doping – though I would argue that enhancement through stuff you consume is fine as long as it has no negative effects on the body. That’s all that a sports dietician does, after all. It’s interesting that there is a session at this year’s Euroscience Open Forum session in Dublin on ‘building a better athlete’ that looks at ways receptor binding agents can mimic positive effects of doping agents like steroids without the negative impact. If there is a way to enhance ability, without side effects, why not use it?
The attitudes of governing bodies illustrate, I suspect, the total arbitrariness of sporting rules. The marathon is the ultimate example – the bizarre distance of 26 miles and 385 yards doesn’t reflect the original run in Greek history it is supposed to honour. The 385 yards was added in 1908 when the Olympic race was run in Windsor, at the request of the royal family to bring the start into view of the royal nursery, and the race has stayed that length ever since.
There is something very sad about the obsession with doing things simply because they stretch human beings to the limit. This is what leads to attempts to trek across the North or South Pole on foot, or to climb Everest without oxygen. To any sensible onlooker, it’s stupidity. There is no scientific benefit. There is no discovery. It’s little more than risky posturing.
Those who design great treks across vast wastes would laugh at a challenge of standing on one foot for as long as you can, or hopping around London with a paper bag over your head – yet each has exactly the same benefit as their achievements: it tests the limit of human endurance. We should see these ‘great feats’ for what they are. A way of showing off that has no more value than standing on one foot.
It’s time we had a total rethink of the way sporting rules are applied. Accept the fact that the restrictions are totally arbitrary – if a technology works and it is safe, make it available to all, but we should use that technology to enhance our capabilities. It’s the single most definitive feature that makes us human.